Myths, Misconceptions, and Misidentification
What Do You Really Know About Mosquitoes?

Mosquitoes are an annoyance and have the potential to spread diseases. With those two facts, many people are eager to find ways to keep them away, have little desire to learn more about the species, and are quick to avoid or attack any other insects that have a similar appearance. This page will provide you with an education on management efforts that are not worth your time, a few interesting mosquito facts, and a better look at some insects that often get mistaken for mosquitoes.

Attract bats to your backyard with a bat-roost box and your mosquito problems are over, right? Wrong! Studies have shown that while bats devour a huge number of insects, mosquitoes are only a small part of their diet. A study of fecal pellets of bats in Indiana conducted throughout an entire summer revealed that the primary food items were beetles, moths, and leafhoppers. A very small number of mosquitoes (0.7%) were found in the stomachs of bats in another study. Bats are "selective opportunists" when it comes to their feeding habits, and they will take a variety of prey. Why take a scrawny little mosquito when you can have a fat juicy moth? Unfortunately, mosquitoes are just not a significant part of a bat’s diet. The evidence from stomach analysis and feces examination does not justify the hypothesis that insectivorous bats specialize on particular types of insects. In addition, public health professionals have advised that bats can be infected with rabies, and that attempting to attract bats to your yard may increase the potential for human disease.

Two million homeowners have turned to the use of ultraviolet or black light electrocution devices to zap their mosquito problems…but do they work? No! Researchers have found that while these traps do attract and kill thousands of insects every night, mosquitoes comprised only 6.4% of a five-day insect catch. Not only was the mosquito population a small percentage of all insects killed during this particular study, but only half of the mosquitoes killed were the biting, blood-feeding females.

Many plants are commonly thought to repel mosquitoes. The citrosa plant was created by crossing tissue cultures of an African Germanium with the Grass of China. The Grass of China contains citronella oil, and has been used for years as an active ingredient in mosquito repellent candles. No studies are available to support the idea that the citrosa plant or any other plant actually repels mosquitoes strongly enough to improve human comfort. In fact, some researchers believe that the only way the citrosa plant can release the citronella oil is if the plant is crushed.

The insects that are most commonly mistaken for mosquitoes are called midges. Midges are true flies that are closely related to mosquitoes, and resemble them somewhat, but most midges are non-biting. Midges can emerge and fly any day of the year when the air is warm enough, even in mid-winter. Males often cluster in large swarms, usually in bright sunlight and around water where the females will visit to lay their eggs. Since most midge species are attracted to light, they are often found on the exterior surfaces of houses, or on windows and doors.

Midges are not harmful and cannot transmit diseases like West Nile virus. Unlike the mosquito, midges lack the sucking mouthparts (proboscis) used in feeding on blood and nectar. Most midges have no ability to bite and do not carry any human diseases. Like their mosquito cousins, midges spend the first part of their life, the larval stage, in water. Midge larvae can be found in almost any freshwater habitat, including lakes, ponds, streams, and even sewage treatment plants. The larvae can develop in the moist soil of these aquatic habitats. The larvae of most species of midges feed on algae and decaying organic material, and are an important source of food for many aquatic animals, including several fish species. Members of the insect family Chironomidae, these tiny flies range in size from around 1 cm to as small as 1 mm. Midge species vary greatly in color, including species that are gray, brown, black, green, and white, often with striped patterns on the thorax and abdomen. The wings are clear, lacking the patterns of scales found on mosquito wings. 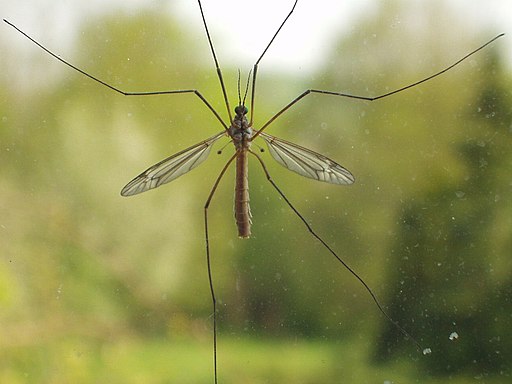 VDCI is a company built on the foundations of public health, ethics, professionalism, and technical expertise. We establish vector management programs that are based on an understanding of the underlying vector's ecology and rooted in the current science of environmentally sound control measures.

Mosquito-Borne Diseases in the News

Three Reported in the U.S.

Learn more about mosquito-borne diseases and what areas of the U.S. reported cases in 2018.