What is Yellow Fever and How Does it Spread?

Yellow fever is spread through three transmission cycles; urban, sylvatic, and intermediate. The disease is mainly transmitted to humans through the bite of an infected mosquito, Aedes aegypti, and these mosquitoes acquire the virus by feeding on other infected humans. This is known as the urban cycle. The sylvatic, or jungle, cycle involves transmission of the virus through non-human primates in the wild. Humans can then become infected by these mosquitoes when visiting or working in the jungle. Vectors involved in the jungle cycle include Aedes africanus in Africa or mosquitoes of the genus Haemagogus and Sabethes in South America. An intermediate cycle exists where semi-domestic mosquitoes of the Aedes species serve as vectors, and both human and non-human primates serve as reservoirs for the disease. 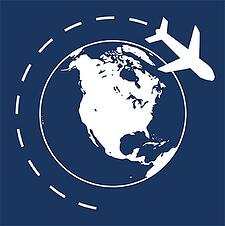 There is a vaccine for the disease, and it is strongly recommended or required for those traveling to high-risk areas in South America and Africa.

The CDC maintains a list of specific countries where yellow fever vaccination is required or recommended for travelers. The vaccine is recommended for those nine months of age and older. Reactions to the vaccine are typically rare and mild, though there are risks of more severe reactions. Travelers should consult their healthcare provider to discuss vaccination if they are planning to travel to areas at risk for the disease.

Yellow Fever and the United States

Yellow fever was introduced in the U.S. in the late 1600s, with major epidemics occurring from 1793 through 1905. Today, endemic areas are restricted to Africa and South America. However, Aedes aegypti mosquitoes are found in the southern coastal states and the risk of individuals becoming infected while traveling and then returning to the U.S. does exist.

A Global View of Yellow Fever

In sub-Saharan Africa, yellow fever occurs in regular epidemic patterns and accounts for the vast majority of all human cases and deaths attributable to yellow fever. However, there are also periodic, more unpredictable outbreaks of urban yellow fever throughout the continent. At least 32 African countries are now considered at risk of yellow fever, with a total population of 610 million people at risk.

Yellow fever is also endemic in 10 South and Central American countries and on several Caribbean islands. Bolivia, Brazil, Colombia, Ecuador, Peru, and Venezuela are considered at greatest risk. Although the disease usually causes only sporadic cases and small outbreaks, nearly all major urban centers in the American tropics have been re-infested with Aedes aegypti. Due to the loss of organized mosquito control programs and subsequent re-infestation of the primary vector, Latin America is now at greater risk of urban epidemics than at any time in the past 50 years. Map is from the CDC website. Current as ofJuly 2015.This map, which aligns with recommendations also published by the World Health Organization (WHO), is an updated version of the the 2010 map created by the Informal WHO Working Group on the Geographic Risk of Yellow Fever.

Aedes aegypti, the yellow fever mosquito, is characterized by a silvery-white “lyre-shaped” pattern of scales on its thorax. It is a peridomestic species found not far from human dwellings. They are primarily early morning or late afternoon feeders, but females can also take a bloodmeal at night under artificial illumination. Typically, Ae.aegypti fly only a few hundred yards from their breeding sites.

The species utilize containers to breed, and educating the public on how to eliminate their backyard larval habitats is one key to keeping these invaders under control. Larvae can be found in a variety of artificial containers, including buckets, tires, cans, and flower pots. Homeowners should also inspect rain gutters for clogs, gardening equipment, and backyard children’s toys.

3:  Larval Mosquito Control
Our trained field technicians inspect both known sources of standing water and any newly discovered sites for the presence of mosquito larvae. Eliminating mosquitoes prior to their becoming adults is an important element of controlling mosquito-borne diseases because it stops mosquitoes before they acquire the virus and have the opportunity to transmit it to people.