Over recent decades many mosquito-borne diseases have resurfaced or emerged and spread rapidly. From Zika, dengue to West Nile fever and chikungunya. Even malaria, which has had long-term global efforts to eradicate it has recently shown signs of increasing.

Here are a few examples of some recent scientific developments that are bringing a new dawn in the fight against the global threat of mosquito-borne diseases.

In recent decades Anopheles and Aedes mosquito populations in various parts of the world have built up resistance to many of the available insecticides and larvicides used for vector control. Without new products vector control is “doomed to failure”, according to IVCC.

Two new-generation insecticides were approved by WHO in 2017 and are being distributed in malaria areas for use in IRS programs by the NgenIRS project. Since 2016 the project has supported operations in 12 African countries and bought over 4.5 million bottles of the new insecticides.

Mosquitoes find human hosts by sensing the carbon dioxide we breathe out. But when they get close they locate sites for feeding by detecting volatile chemicals given off by human skin. Researchers at the University of California Riverside used modern chemical screening techniques to test half a million compounds in a chemical database to find those that could trigger mosquito sensing organs.

They chose two compounds that are already in common use, so don’t need lengthy and costly safety testing, to study further:

Project Premonition is developing a high-tech system to identify potential disease outbreaks before they happen by capturing and analyzing the DNA of mosquitoes that have fed on local animals that could be reservoirs of diseases. The project is a collaboration between Microsoft Research (MSR) and several U.S. universities.The project is developing:

The genomics part of the project can already identify the correct mixture of organisms — animals, mosquitoes, and pathogens — with 99.9% accuracy.

In July this year, the Commonwealth Scientific and Industrial Research Organisation (CSIRO) announced the successful results of a project that released millions of sterile male Aedes aegypti mosquitoes on the Cassowary coast in Queensland, Australia. The project uses new techniques developed by Verily (owned by Alphabet, the parent company of Google) for large-scale rearing, sorting out the males, infecting them with Wolbachia bacteria, and releasing large numbers of the mosquitoes. The Wolbachia prevents the females producing viable eggs.

Verily is also developing software, monitoring tools, sensors, and traps to indicate the mosquito hotspots where the treatment is most effective. The early results show that local Aedes mosquito populations were reduced by 80% – a promising example of the potential of new scientific developments in fighting the global threat of mosquito-borne diseases.

A Gut Feeling to Blocking Diseases

The midgut of mosquitoes is the initial site of infection for a range of diseases, therefore finding a way to block infections there will also block transmission to humans. Many research projects in multiple disciplines are looking at novel ways to do this, including:

Researchers at Johns Hopkins University in the U.S. found that a common fungus, Talaromyces, can infect Aedes aegypti mosquitoes and make them more susceptible to the dengue virus. The researchers also found that a Penicillium fungus made Anopheles mosquitoes more susceptible to infection with the malaria parasite. The research suggests that antifungal solutions are a potential alternative to insecticide spraying to protect the mosquitoes from diseases they might spread to humans.

Biochemical Modification of the Mosquito Gut

Another study at Colorado State University has made the first comprehensive analysis of the complex biochemical interactions that occur in a mosquito during a dengue virus infection of the cells lining the gut. Using high-resolution mass spectrometry the researchers identified several biochemical pathways in the mosquito that are required for the virus to replicate. These are now targets for further research to find ways to block them.

Another team of researchers at Johns Hopkins University developed a new gene-editing procedure for Anopheles mosquitoes using a tool called CRISPR/Cas9. Their procedure knocks out the Anopheles mosquito gene FREP1 that enables the Plasmodium parasite to infect the cells lining the midgut. The mutant mosquitoes showed a significant decrease in infection with the parasite. Further work is needed, however, before they can be released into the wild and their prospective impact in reducing the threat of mosquito-borne diseases can be examined. 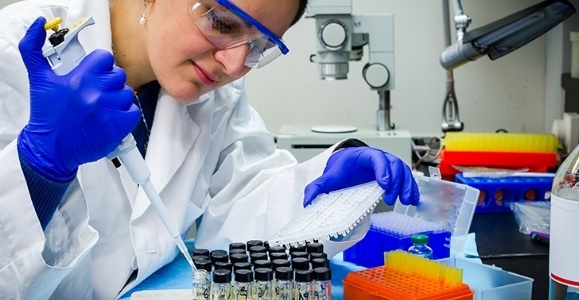 Medicines for Malaria Venture (MMV) has a partnership network of over 400 pharmaceutical, academic, and endemic-country partners in 55 countries developing drugs to protect against malaria.

Since its foundation in 1999 the network has brought seven new medicines to market that are already being used to prevent and treat the disease. As recently as July this year the US FDA endorsed tafenoquine, another medicine produced under the program. This targets the dormant liver stage of Plasmodium vivax and is the first new medicine for 60 years for this type of treatment.

VDCI is proud to be a member of the Rentokil Steritech family of companies in North America. Rentokil Steritech is a pest control business with operations all over the world. Working with them, we are confident that our history of service excellence will continue to develop and improve. Our mission is to protect people and enhance lives through our technical experts.

As part of Rentokil’s commitment to fighting mosquito-borne diseases, the company is establishing a new global center of excellence for mosquito control in North America.

Listen to Andy Ransom, CEO of Rentokil Initial, discuss the size of the threat from mosquitoes and what Rentokil is doing to help in commemoration of World Mosquito Day August 20th.

If you would like to talk about mosquito management needs in your community, the experts at Vector Disease Control International can be reached through the VDCI website or by calling 800.413.4445.

Founded in 1992 with a single contract in central Arkansas – VDCI has grown to have operations in over 20 states and serving customers from coast to coast and abroad. We support commercial programs as well as operate surveillance and full-service integrated tick and mosquito management programs on the municipal, county, and state level. Additionally, with our fleet of over 200 trucks and 12 aircraft, VDCI is the only company in the country that can manage all aspects of an integrated mosquito management program, including aerial and ground operations for seasonal needs or emergency response situations.

As we look towards the future, VDCI maintains our sense of commitment and will strive to continue to provide the most efficacious and scientifically sound mosquito surveillance and control programs possible based on an Integrated Mosquito Management approach recommended by the American Mosquito Control Association (AMCA) and Centers for Disease Control and Prevention (CDC). Many of our mosquito management professionals come from the field of Public Health and have directed mosquito control districts all over the country, from Oregon to New York. At all times, we will conduct business through partnerships with our customers in a manner that protects the environment and the welfare of local residents.