I may be biased, but in my opinion surveillance is the most critical component of the Integrated Pest Management method of controlling insect pests. In modern mosquito control programs, surveillance includes setting traps to monitor adult mosquito populations in a given area. 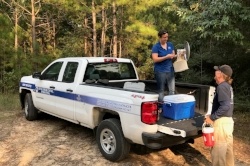 A good surveillance strategy includes choosing the right kind(s) of traps to use that meet the goals of the control program. For example, most female mosquitoes are attracted to carbon-dioxide given off by a breathing animal that would be a potential source for a blood-meal. A CO2 baited light trap utilizes dry ice or some other source of carbon-dioxide to mimic the breathing of an animal blood source, with a small light bulb to draw the mosquitoes close enough to the trap fan for capture. Egg-laying females of species that live as larvae in smaller, water-filled containers can be collected with Gravid Traps. These consist of a fan and net suspended above a container of “highly organic” water as bait (usually an infusion of fermented hay and other ingredients). Many mosquito species are attracted to light, and a New Jersey light trap draws them into a fan using a bright light as bait, but with the unfortunate side-effect of collecting many other species of flies, beetles, and moths that also come to lights – in some locations at certain times of year it can be quite a chore to pick through the non-mosquitoes that are also collected. Surveys for Aedes aegypti – the primary vector of Yellow Fever, Chikungunya, Dengue, Zika, and other viruses – and the related Asian Tiger mosquito (Ae. albopictus) often utilize BG Sentinel traps and lethal ovitraps to attract egg-laying females of these “container-breeding” species. 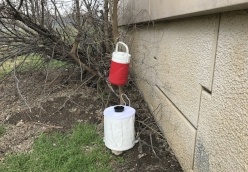 Surveillance is only effective if the trap placement considers factors that can affect trapping success. For example, a light trap placed under a street lamp will not attract as many mosquitoes as one placed in a dark area. A carbon-dioxide baited trap will not work as well close to a livestock herd or other competing sources of CO2. Traps placed in highly visible areas could be subject to vandalism or theft in some neighborhoods. It is best to avoid locations that are exposed to wind, as most mosquitoes are relatively weak fliers and not as likely to be flying in a windy location. In arid environments, mosquitoes seek out harborage – a shady, relatively cool place where they can find shelter from the heat of the mid-day sun. In such areas, traps should be placed in harborage areas that are likely to be used by mosquitoes for daytime shelter, such that when they disperse in the evening, they might find the trap first before they find a person to bite. 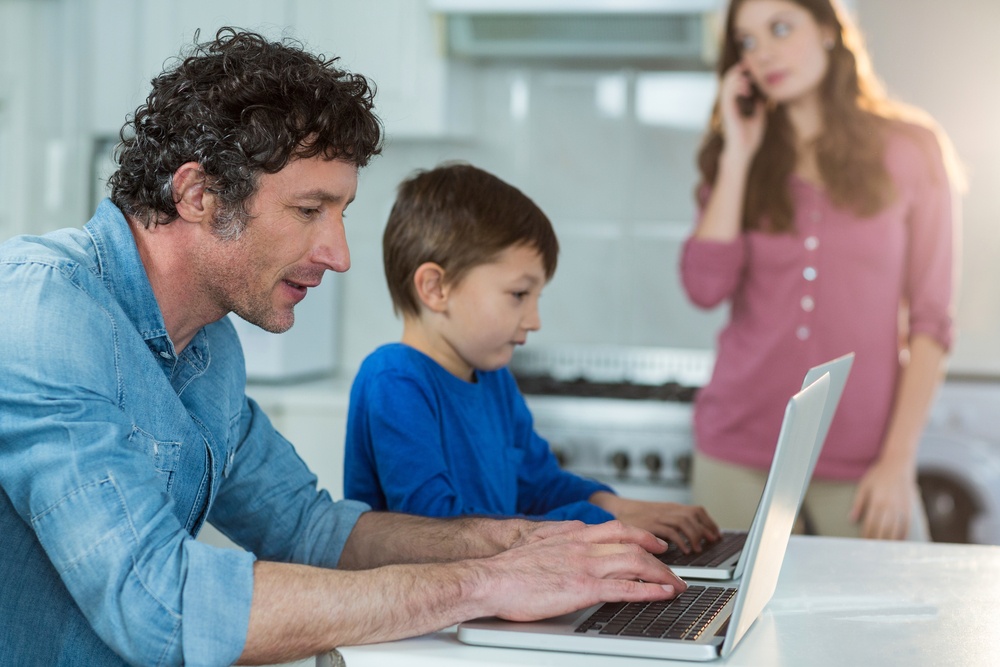 It would be cost prohibitive to have a surveillance trap on every block, and the additional information gained would not necessarily be more useful than what we learn from the consistent sampling at carefully selected locations where we believe the mosquitoes to be most concentrated. However, since we do not have traps everywhere, a good surveillance program can benefit from citizen phone calls that report increased mosquito populations in those areas that are not directly adjacent to the trap sites. These mosquito complaint calls can supplement the trap information to help determine how extensively a population surge is distributed. 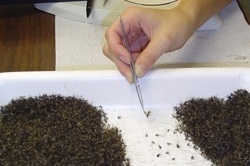 Finally, historical consistency is important to long-term surveillance. Whenever possible, the traps should be set at the same locations year after year to allow for comparisons from season to season. Mosquito abundance is a relative concept – what seems like a large trap number for a location may actually be a “normal” population for that area. Only long-term collecting data can provide information about what a typical trap count should be for a particular site during a particular time of the season.

VDCI is committed to public education and spreading awareness throughout the U.S. about the dangers of mosquito-borne diseases and their preventability, with the overarching goal of reducing illness and fatality statistics. Our dedicated and experienced team works tirelessly to prevent the spread of vector-borne diseases in all of the contracts we service.

If you would like more information about any aspect of an Integrated Mosquito Management (IMM) program, including surveillance, disease testing, larval control or adult control, please contact Vector Disease Control International (VDCI) at 800.413.4445. We will help provide you with details to begin a meaningful program to protect public health in your community.

Michael “Doc” Weissmann is the Chief Entomologist at Vector Disease Control International (VDCI). He has been identifying mosquitoes since the mid-1980s, and has been in charge of the Surveillance Laboratory in Colorado since 2003. Doc received his B.A. and M.A. in Biology from the University of Colorado, and his Ph.D. in Entomology from Colorado State University. He can be reached through the VDCI website or by calling 800.413.4445.